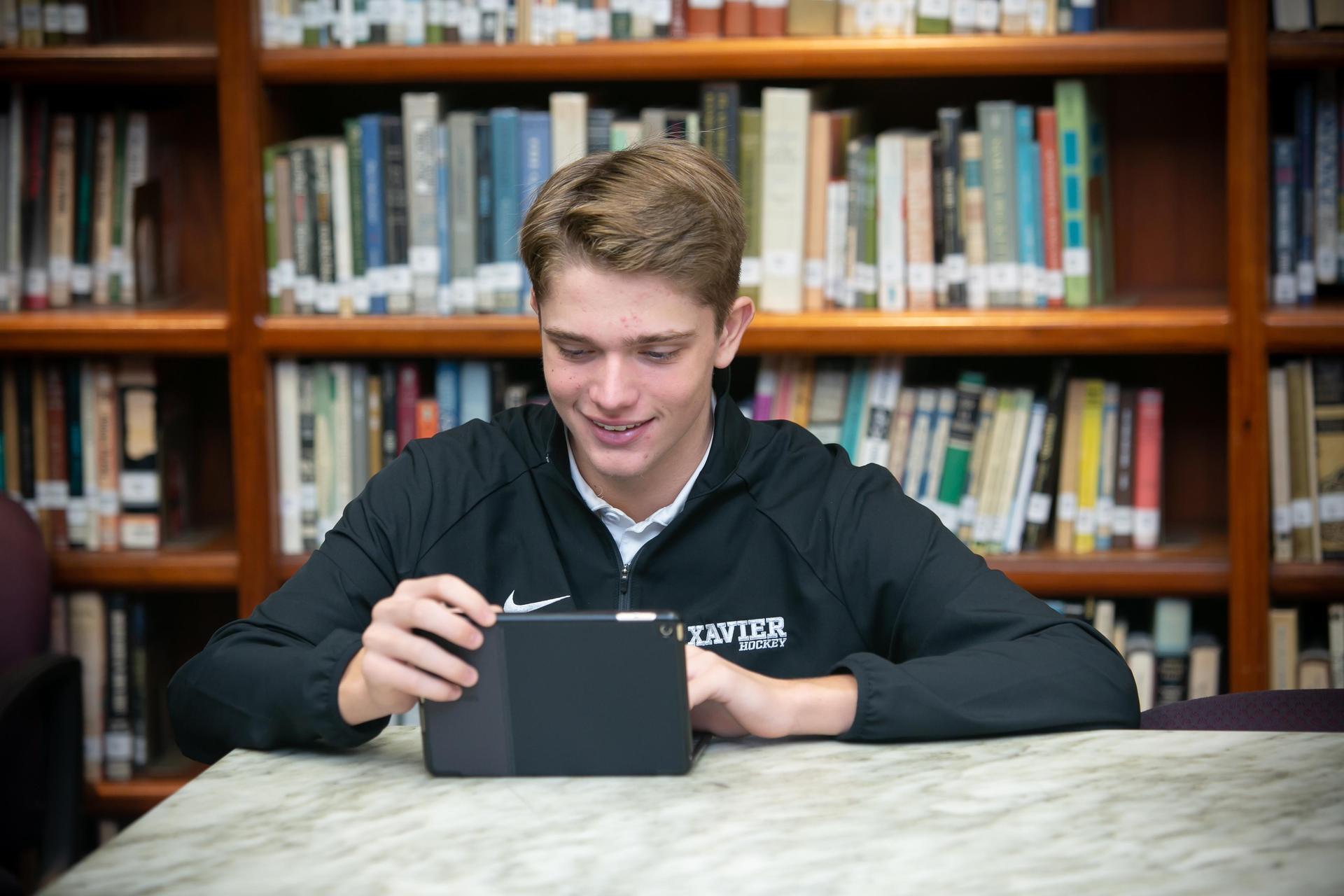 “Students at Xavier are known for their pride and respect for their school.”

“Our human and Christian responsibility dictates that we have concern for each other.”

These sentences very well could have been written in 2020, but they were written 42 years ago, in 1978 in the Kestrel, the school newspaper. Times change, new challenges come along such as COVID-19, but the way in which Xavier students are expected to act does not.

“Leadership should be shown by the seniors to the juniors,

“You are known for your politeness, your faith, your generosity, the care and love you show for others.

These sentences could have been written in that edition of the Kestrel in 1978 or when the school opened in 1963, but they were spoken in 2020 by Dean of Students Nick Cerreta at an assembly.

“There are a lot of ways to answer that,” said Luke Solomon ’22. “But I’d say what it means to be a Xavier student is be a striving young man hungry to learn more every day … to shape yourself to be the best man you can be.”

For Jordan Hetu ’21, he said he has become more in tune with morality and his faith. He also said he believes a Xavier student can fit in virtually anywhere anytime.

There may be commonalties, but there really is no limit to the individual answers. In part that is because there are  unlimited opportunities for students to grow, be it academically, spiritually, athletically, in service to others, or in the many clubs and activities.