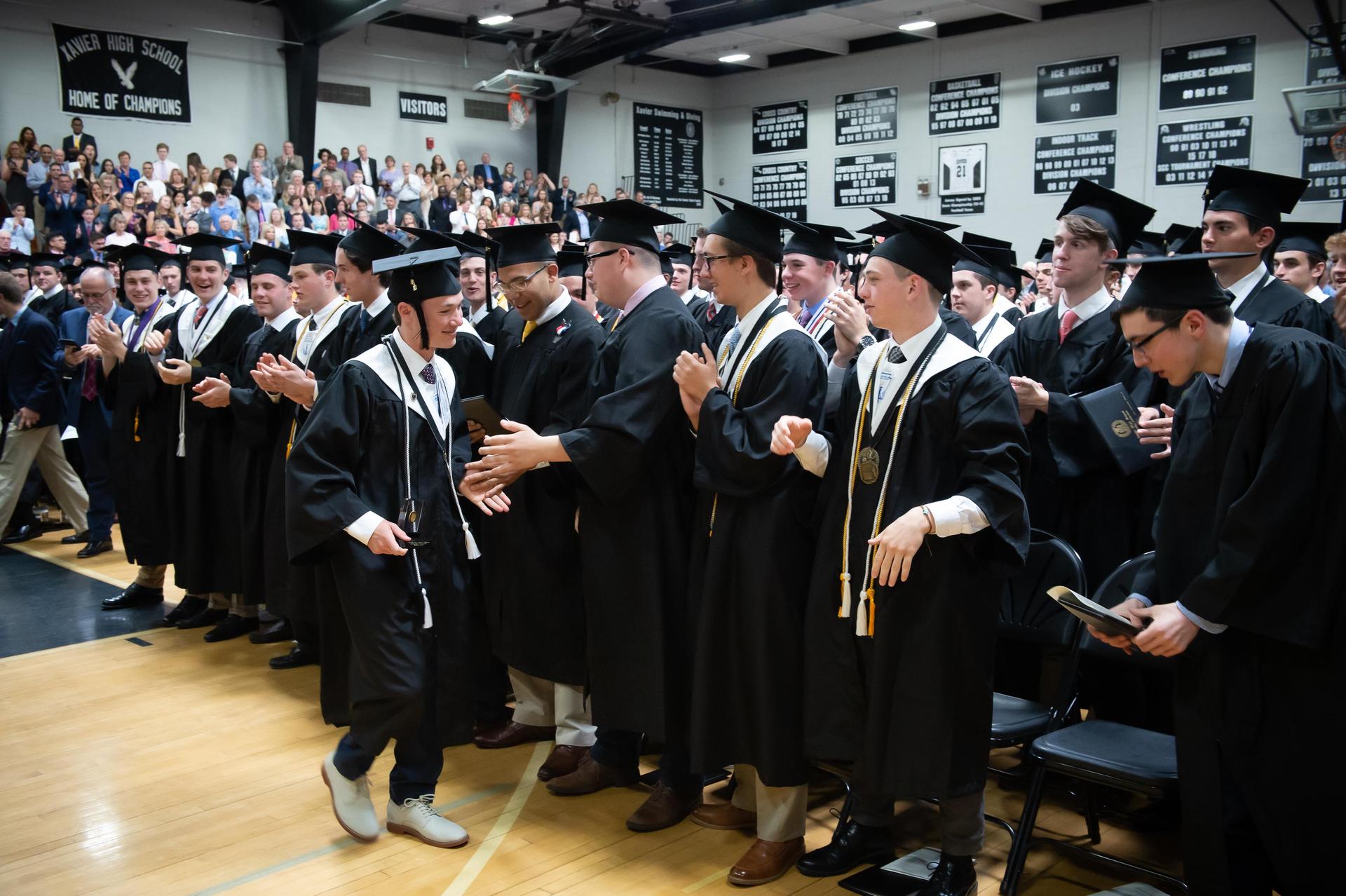 Xavier High School traditionally sends its graduates to some of the finest colleges and universities in the country. The Class of 2021 is no exception. Valedictorian Ryan Frier will pursue a career as a physician as part of the University of Connecticut's eight-year BS/MD Special Program in Medicine. Having been awarded the Nutmeg Scholarship, his entire undergraduate education will be free. Salutatorian David Jerman will attend Northeastern University in Boston. He also plans to pursue a medical career.

From North Carolina State to Pepperdine University, from Fairfield to Ohio State, from Villanova to Notre Dame, from Virginia Polytechnic Institute to Wentworth Institute of Technology, our 2021 grads are spreading their wings far and wide.

Some of the schools in which multiple members of the Class of 2021 will attend: