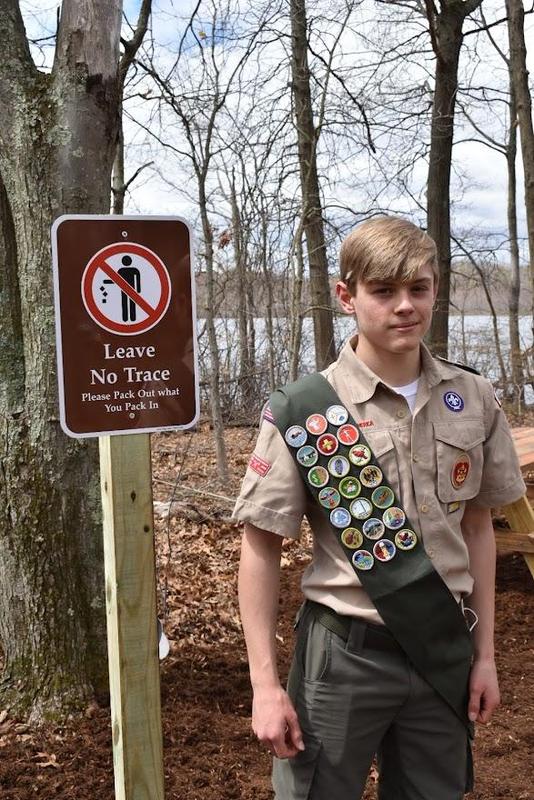 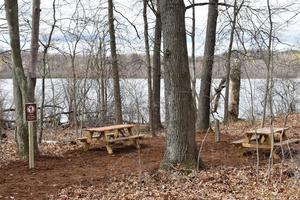 Kyle Kunzelman ’24 has been going to the 1960 Reservoir in Wethersfield much of his life. He’s fished there with his father, taken his bike on the trails, even built a treehouse with a friend at one point.

It is located less than a half mile from his house and is a place that has always given joy to him. So he decided to give something back when it came to deciding on his Eagle Scout project.

“I had always thought there was a need for picnic tables and an area for people to sit,” Kunzelman said.

He started planning about a year ago, and he and many from Troop 85 in Wethersfield completed the project last spring. They cleared the land, mulched the area and put out two picnic tables. There also is a sign that says, “Lave No Trace. Please pack out what you pack in.”

It took about 10 hours on a weekend in the spring. This week he had his Board of Review, the final part of the process, and he is now officially an Eagle Scout as a sophomore in high school.

“The reservoir is a place that means a lot to me,” Kunzelman said. “It feels really good to have completed the project. It was a lot of hard work.”

He has been in Scouting for years.

“It has given me leadership experience and allowed me to help others in the community,” Kunzelman said.