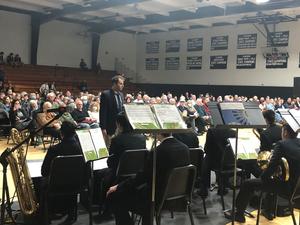 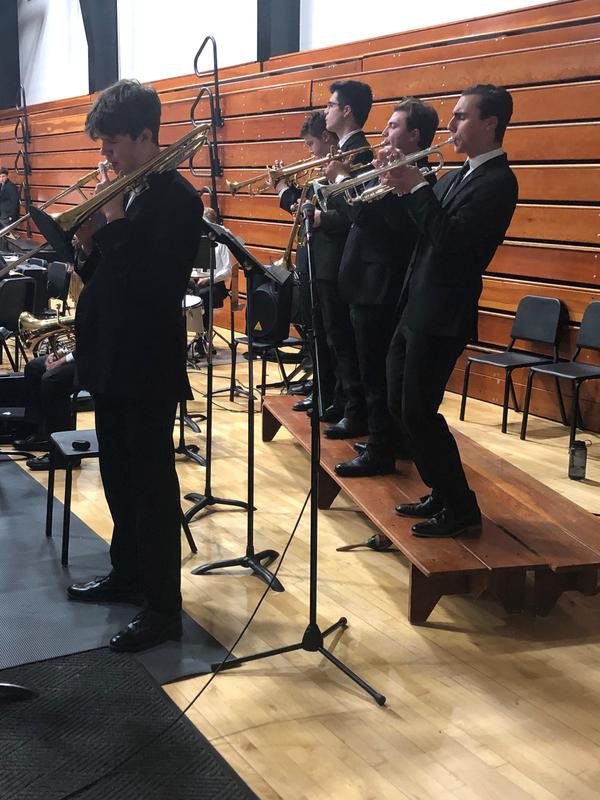 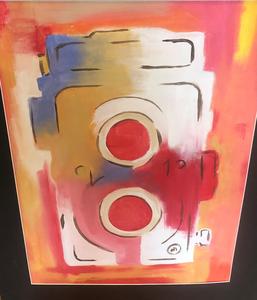 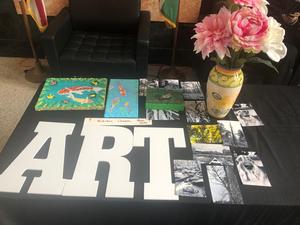 The Xavier Spring Concert & Art Show did just that, putting a spring in your step. Sixteen pieces were performed Tuesday night by the talented musicians: 34 members of the concert band, 16 in the jazz band, 8 in the jazz combo, 6 in the string ensemble, and 8 in the chorus.

“I think the first year has gone really well, and I felt totally welcomed by the Xavier community,” Lucey said. “I think my guys are really hard workers, and appreciate the focus and determination they put into the concerts.”

Music is something that brings joy to those listening … and to those playing.

“Any artistic outlet really helps with other areas of academic life,” Lucey said. “It allows students to show a different side, and it creates a team environment that is really unique.”

Music was just a part of the evening. Many works of art and photographs by Xavier students were displayed in the lobby as those attending the concert entered the building. Ms. Jayne Vitale leads the art program as well as the art club; Mr. Bill Braychak is the Fine Arts chair and moderates the photography club.

And the other winners: all those who came out Tuesday night. Thank you.