The Planning For Xavier 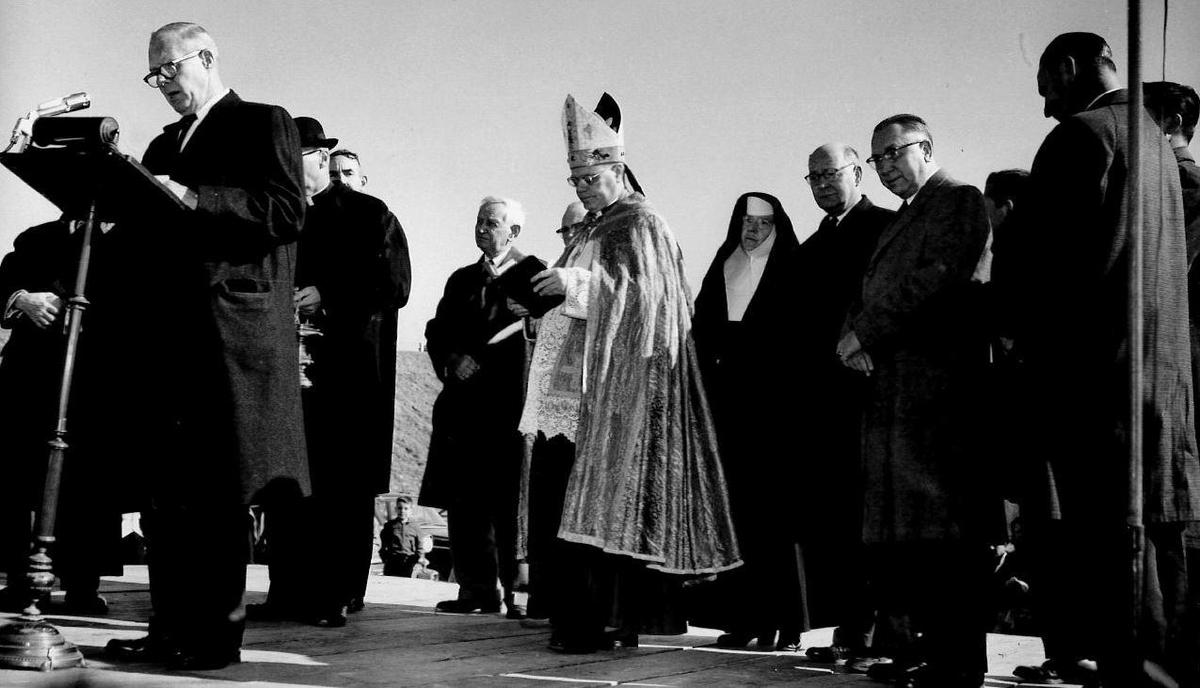 On Oct.12, 1961, the Most Rev. Vincent J. Hines, Bishop of Norwich, wrote a letter in a brochure speaking to the start of a capital campaign to fund Xavier and Mercy high schools.

“It gives me great pleasure to be able to announce to you that we are about to initiate a program which will accomplish, in large measure, the hopes and plans set before you upon the occasion of my installation as Bishop of Norwich. In brief, it is our plan to construct two modern, completely equipped Catholic high schools in Middletown to accommodate children from parishes throughout Middlesex County.

“The first high school, Xavier High for boys, will be started next spring [1962] and will open its doors in September 1963. The second school, Mercy High for girls, will be started at a later date. However we shall accommodate boys and girls at Xavier until Mercy High is completed. The capacity of each school will be 800 students, making a total of 1600 which, we believe, will be adequate to our needs for many years to come.”

Bishop Hines went on to say, “Inasmuch as this, our first major diocesan undertaking, is directed toward the well-being of our children, I am confident that all our people will respond generously to our appeal for financial support.”

The estimated cost to build both was $4 million.

The appeal involved 17 Catholic churches, of which five were in Middletown. The others were in Chester, Clinton, Cromwell, Durham, East Hampton, Essex, Higganum, Middlefield, Moodus, Old Saybrook, Portland and Westbrook.

The groundbreaking was March 19, 1962 when Bishop Hines turned over the first piece of sod for the school on what had been Gustav and William Kutzner’s farm. The cost of the 42 acres, according to the Middletown Press, was $67,000.

As things moved toward the opening of the school, there were various newsletters from Bro. Robert, C.F.X., the first principal. The first newsletter, dated June 1963, announced that the first members of the faculty had been named on June 11.

Others tidbits from that first newsletter: The Brothers Residence was opening June 14 and to date there were 218 freshmen who would be divided according to ability into six homerooms.

The second newsletter in July noted that students from Middletown and Portland could use public transit for 15 cents per ride. It also noted that the general contractor had just about finished work on the building and “several companies were now installing special equipment.”