Rules To Live By: Then & Now 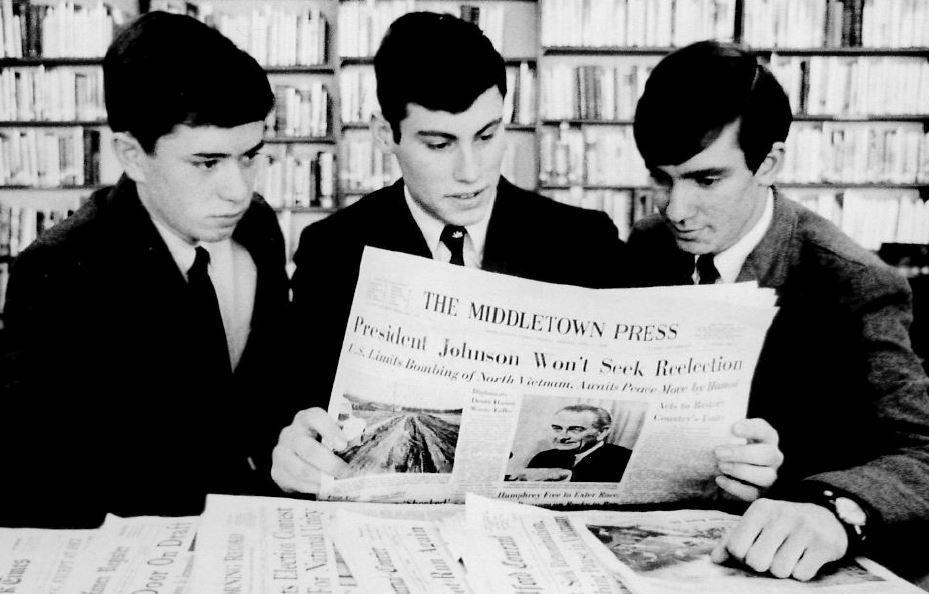 From coats and ties throughout the '60s and part of the '70s to just shirt and tie ... from closely cropped hair in the early '60s to long hair and sideburns in the '70s to specific hair guidelines today ...

On your appearance, from the 1963-64 Handbook: Students are to be neatly and conservatively dressed at all times in school or at school-related activities with coat and tie mandatory. The bizarre in clothing or appearance is always out of order.

Tightly pegged pants and the unusual in hair style are particularly to be avoided. Lanyards or string ties are not an acceptable substitute for a regular necktie. To prevent damage to tile and wooden floors, cleats or metal plates may not be worn on shoes.

Students who do not observe the above regulations will be sent home and considered absent.

On your appearance, from the 1965-1966 Handbook: Much of what was in the 1963-64 handbook was in this one, including avoiding the unusual in hairstyles. However, we did note this interesting rule No. 3 on dress code:

Pants so tight that a golf ball cannot pass through the leg of them from waist to floor may not be worn.

There also was a line on gum chewing, which was “not allowed in the building at any time.” That, by the way, is still a policy.

On your appearance, from the 2018-19 Handbook: There is much more detail than there was in the 1963 Handbook, but the lowdown is this: dress pants, shirt and tie make up the standard dress code. When the secondary dress code is in effect, such as September or every Friday, students can wear a Xavier polo purchased from the school store instead of a shirt and tie.

The handbook also says that “all matters of questionable dress and hair styles will be referred to the Dean of Students,” And “neatness is the objective, therefore a disheveled appearance will not be tolerated.”

Specific to hair, the handbook says, "Hair must be cut to a length above the collar, above the ear, and not to go below half the forehead. Extreme or trendy styles will not be permitted. ... the coloration of hair is not permitted. ... students are expected to be clean shaven ... sideburns are not to exceed the middle of the ear in length."

On traffic in the hallways from the 1963-64 handbook: There are two traffic regulations to follow – 1, walk, do not run; 2, walk on the right hand side of the corridor.

What happens now: There is prayer and announcements to start and end the day over the PA system … There are TV monitors in various parts of the building that display announcements and other school news. There is onCampus, an online system that has the school calendar and where parents and students can access assignments and grades. And, of course, Xavier has a web site, and social media is big (Facebook, Twitter and Instagram). Bulletin boards still display a lot of information now, but there are so many more vehicles to communicate, including mass emails to parents.

On telephone use from the 1965-66 Handbook: There were public telephones across from the bookstore that could be used with permission for calls home but “do not make social calls during the school day.”

Public telephones? What are they, some might ask of those days gone by.

On cell phones from the 2018-19 Handbook: The possession and/or use of cell phones, iPods, Apple watches, MP3 players or headsets, video game players, or other non-educational electronic devises are not permitted during the course of the academic day. All such devices are to be kept either in the student’s car or locker. 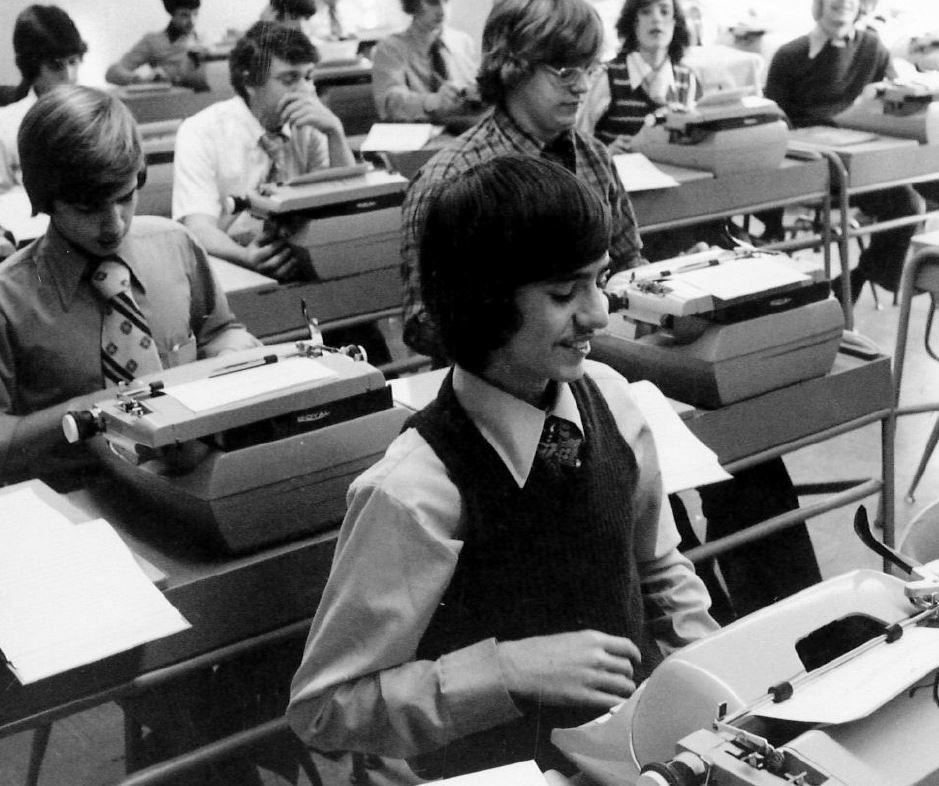