When it came time to name his Congregation of Brothers, Theodore James Ryken decided that one man, St. Francis Xavier, stood for what he was looking to do. 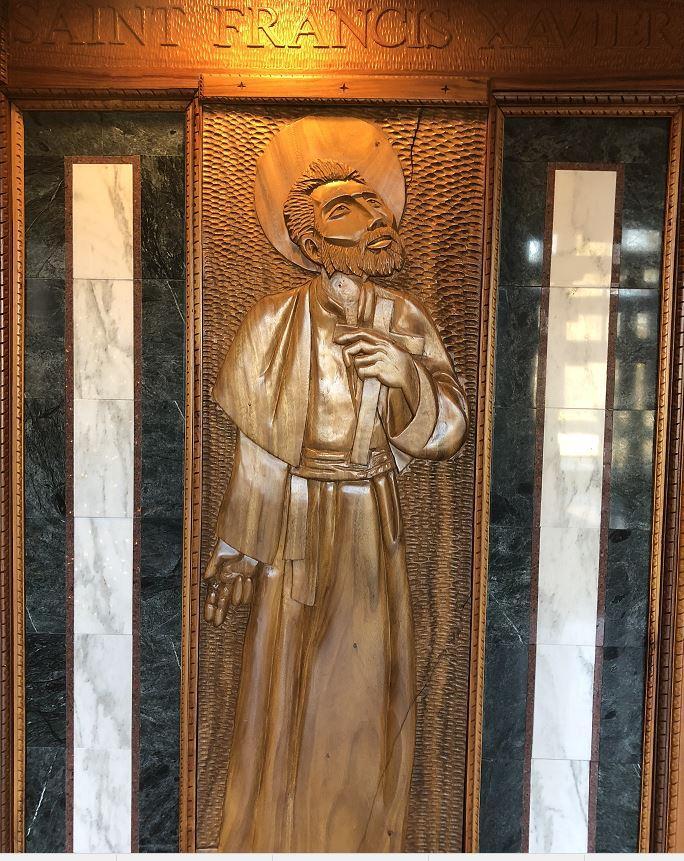 So all Xaverian Brothers carry the spirit of Ryken and St. Francis as they go about their business of educating and developing youth.

The name of St. Francis Xavier was invoked by Gov. John Dempsey in his remarks of Sept. 7, 1963, when Xavier was dedicated.

He told the students they could run up against some discouraging times.

“On such occasions you have, in the very name of your school, inspiration to keep trying and to drive even harder for success,” Gov. Dempsey said.

“St. Francis Xavier, we are told, often knew times of the most abject discouragement. Many regarded him as a failure in almost everything he attempted. He so regarded himself.

“Yet love of God, unshakable faith and a burning desire to help his fellow men -- qualities within reach of anyone -- made it possible for him to persevere in his great missionary work despite all manner of disheartened reverses. 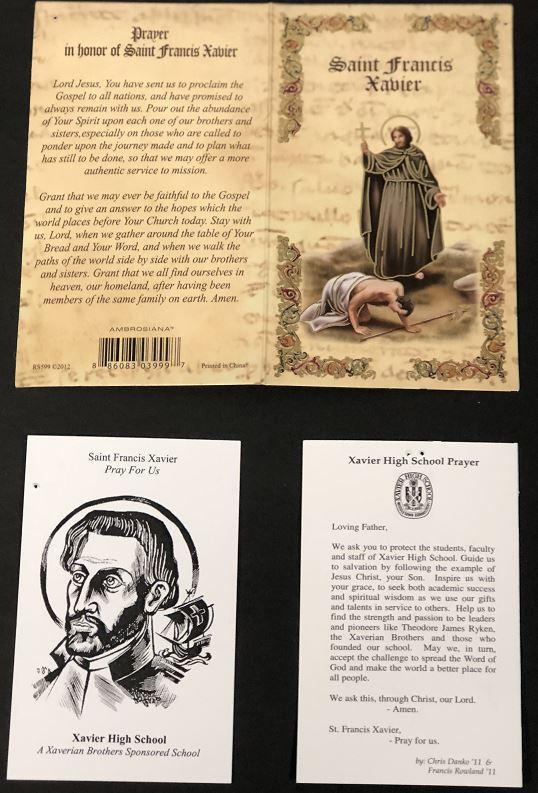 “The worth of any person’s life can be judged by the answer to the question of whether he leaves the world a better place from having lived in it.

“In St. Francis Xavier’s case, the answer was a resounding yes.

“So it can be, in a greater or lesser degree, for all of us if we respond to God’s infinite love and seek to live as he would have us live.”

At 22 years old, St. Francis met Ignatius Loyola at the University of Paris and became one of seven who founded the Society of Jesus (Jesuits) in 1534 with St. Ignatius as the leader.

In 1534 he left Paris to join Ignatius in Venice, where he was ordained in 1537. In 1540, the pope formally recognized the Society of Jesus, and St. Francis was ordered to go to the Far East as the first Jesuit missionary.

This, of course, is the 1500s. The journey is no hop, skip and a jump. After a year’s voyage, with a six-month stopover in Mozambique, where he preached and helped the sick, St. Francis landed in India in 1542. He began preaching there and over the next decade converted thousands of people to Christianity.

In 1552 he set out for China but died before reaching it.

It has been said that he worked against many difficulties, from language barriers to limited funds and resistance. Yet he overcame these with his passion for mission.

The Xavier school prayer, said at the end of each school day over the public address system, ends with “St. Francis Xavier” followed by the response “Pray for us.”

“Lord God, by the preaching of St. Francis Xavier you brought many nations to yourself. Give his zeal for the faith to all who believe in you, that your Church may rejoice in continued growth throughout the world.

“May this prayer fill us with the same love that inspired Francis Xavier to work for the salvation of all. Help us to live our Christian calling and to inherit the promise of eternal life. We ask this in the name of Jesus the Lord. Amen.”