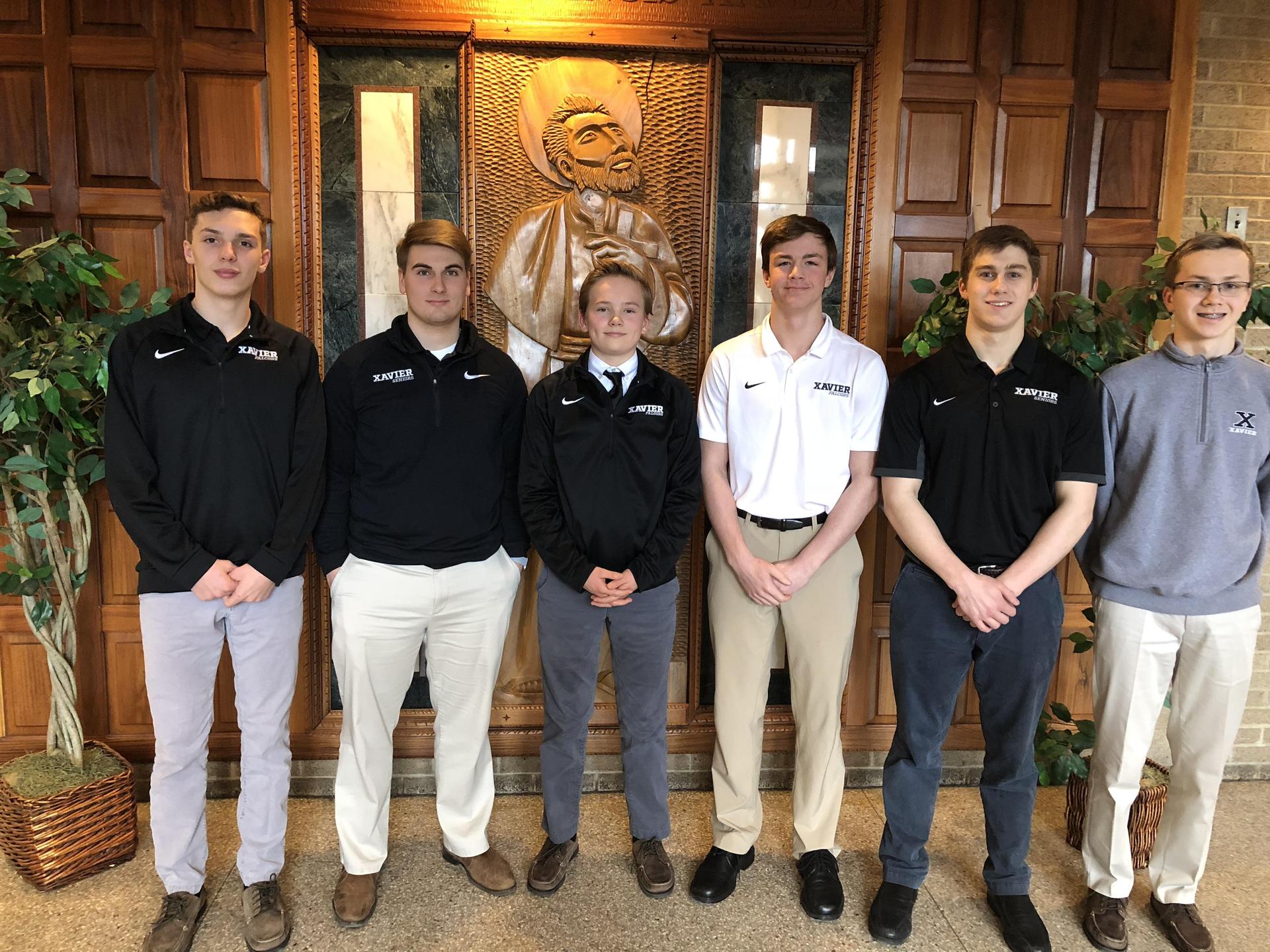 The Big Falcon-Little Falcon program, in which a senior is paired with one or more freshmen, is one of those Xavier traditions that builds a sense of brotherhood.

“The benefits are numerous,” Director of Admissions Nick Grasso ’05 said. “One of the main ones is that it preserves the culture of Xavier where the upperclassmen help acclimate the freshmen to the school. They show them how everyone treats each other with respect and compassion. The seniors are able to empathize with the freshmen because they were in their shoes not too long ago.

“The values of the Xaverian Brothers charism shines through in the program. The seniors share their zeal for the school and activities that they do; a trusting relationship is quickly established; humility calls the seniors to an attitude of service; the simple things the seniors do (say hi in the hallway, text one another, etc.) make a big difference.”

All of this was borne out in a December 2018 survey of the freshman class, where each student was asked about the Big Falcon-Little Falcon program. The response: 75 percent said that their Big Falcon had been extremely or very helpful.

The 1995 yearbook extolled the virtues of the program: “From saying ‘hi’ in the hallways to explaining the best ways to meet the Mercy girls, the Big Falcs are an important part in the Little Falcs’ adjustment to Xavier.”

The program originally was to be called Big Brother-Little Brother, but that met with concern from the Big Brothers organization, so the program was called Big Falcon-Little Falcon. It was started in 1993 when Bro. Lawrence Harvey was principal.

“Freshman orientation, which was basically planned by seniors, did a great job at introducing ninth graders and transfers to the school, but we were looking at a way to accompany students beyond just that initial orientation,” Brother Harvey said.

The program was part of recruitment/retention efforts and is now one of the things that makes the Xavier experience special.

“We were successful in doing a better job not only of initiating freshman into the Xavier experience and even retaining them from ninth to 10th grade, but, more importantly, I think, we were enhancing the mission of Xavier and furthering the culture of brotherhood that had always been a hallmark of the school,” Bro. Harvey said. “I would give credit for the success of the program to dedicated faculty and administrators like Tom Aiello, Michele Mullaly, Tom Pierce, as well as the seniors who have consistently acted as role models and ‘Big Falcons’ to younger Xavier students.”

The program has resonated with many freshmen over the years; a few of the comments on the recent survey:

“He has made me feel so welcomed, and I see him all the time in the hallway. He is a great mentor and a great friend.”

“He has been open for any questions I have.”

“He’s given me tips on how to challenge myself and do well in the school.”

“He drives me to school every day and got me to do the drama program.”

“Encouraged me to get involved in the school community and helped in any way he could have.”

“Explained things to me that I didn't know and helped me feel welcome.”

The Falcon Blast, largely a day of fun and games in late summer to acclimate the freshmen before their first day of school, is an offshoot of the Big Falcon-Little Falcon program. It was started in 2006 by Headmaster Brother William Ciganek and Principal Bill Garrity, whose booming voice still echoes from his classroom as a religion teacher.

“We wanted the first taste of Xavier to be fun, not just freshman orientation,” Garrity said. “Brother Williams was always thinking of new ideas and told me he wanted something like this.”

Brother William spent 30 years at Xavier, first as a teacher and then as headmaster or principal from 1997-2009.

Brother William said it was “all part of having the kids feel comfortable with Xavier and feel connected … to see that there would be fun as well the seriousness of their studies. We wanted the students to ease into the schedule, discipline and spirit of the school right from the beginning.”

Nikita Zuev ’22 of Wallingford, a member of the swim team whose Big Falcon is Pier Bos ‘19, remembers being a little nervous at the Falcon Blast. But he said he quickly felt Bos would be the right person to talk to about any situation, from athletics to the future. Bos is headed to the U.S. Military Academy at West Point after graduation.

Alex Schumann’s Big Falcon is Ben Neubig ‘19. “I didn’t know him at all,” said Schumann, who lives in Old Saybrook. “Knowing that he is here, that I can always talk to him when I need him … tell him what I’m feeling … I can trust him, he’s a great guy, really smart.”

Scott Cunningham ’22 of Glastonbury knew his Big Flacon, Sam Norris ‘19, a little before coming here. Scott’s brother played football with Norris. Now Scott plays football and lacrosse, like Norris. “He had similar classes as a freshman that I have,” Cunningham said. “And I can ask him how freshman year goes.”

Norris actually is a Big Falcon to three freshmen, all involved in sports.

“It gives the freshmen that senior presence that they need,” Norris said. “It provides a friendly face and lets them know that we’re here for them.”

Since Norris and Cunningham both play lacrosse, Norris has been driving him to captain’s practice. Norris checks in with his freshmen in the hallways and texts them at times. The parents of one of Norris’ Little Falcons, Drew Kron, and the parents of Norris recently had dinner. Bonds can be built in many ways.

Kyle Stefurak ’22 was paired with senior Lucas Cacace, a natural fit. Cacace and Stefurak’s older brother went to middle school together. That helped ease the nerves of what to expect, and they often ride to and from school together.

Someday soon these freshmen will be Big Falcons.