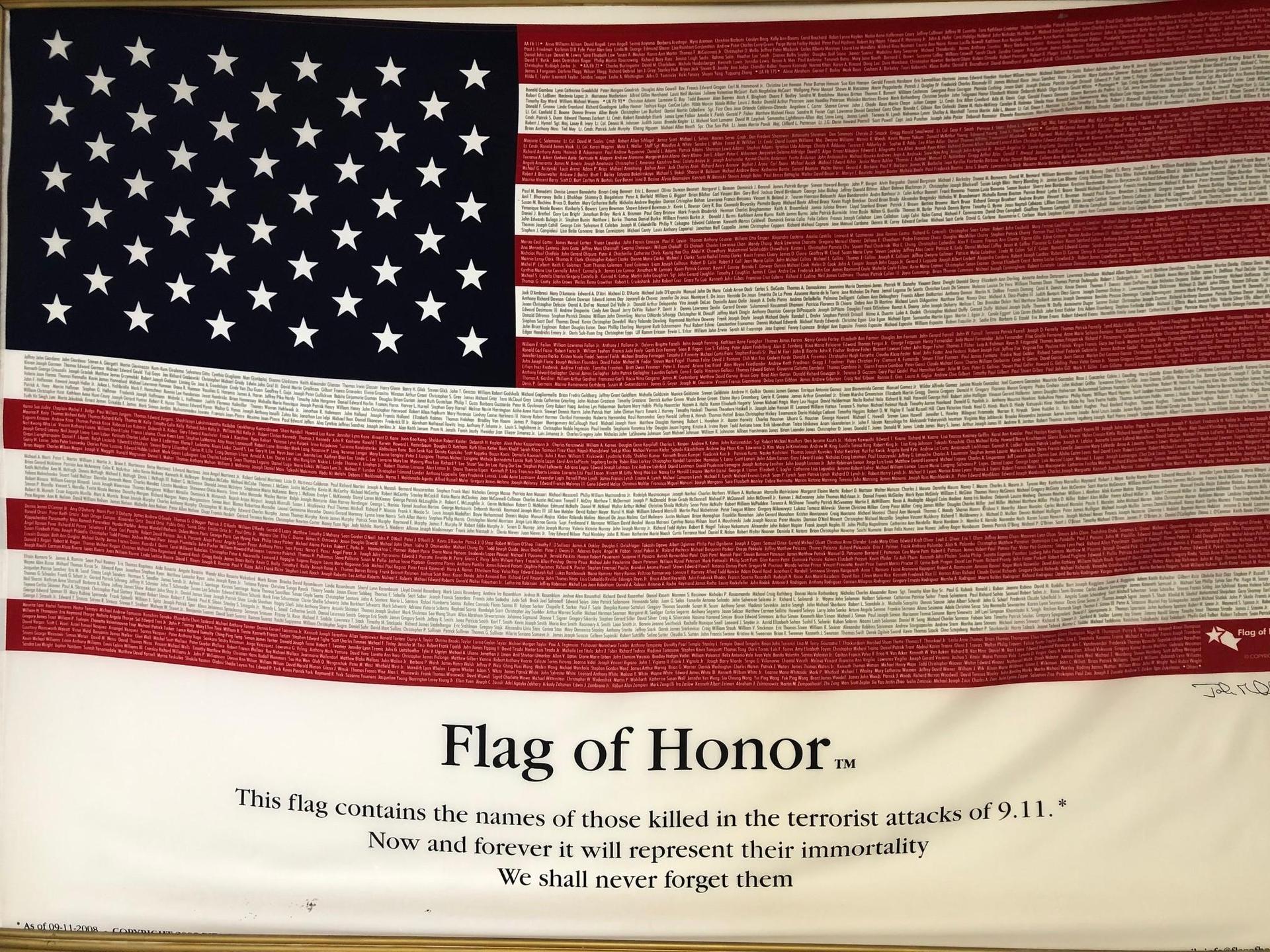 The 9/11 flag adorns the wall outside the Brothers’ Residence at Xavier and is a reminder of one of the worst days in the country’s history.

On Sept. 11, 2001 Al Qaeda terrorists hijacked four planes, two hitting the World Trade Center twin towers in New York City, a third crashing into the Pentagon in Washington, D.C., and a fourth crashing into a field in Pennsylvania after passengers and crew attempted to overtake the hijackers. Everyone aboard the four planes was killed and nearly 3,000 on the ground died.

The 9/11 flag was donated by a set of parents anonymously after the 10th anniversary of the event.

Xavier alumni Peter Gelinas ’86 was killed in the attacks on the Twin Towers. He was a partner with Cantor Fitzgerald.

In 2003 a plaque on the wall outside the chapel was hung up once a scholarship was established in his name. There is also a customized memorial brick of Gelinas at the South Farms firehouse in their 9/11 memorial garden.

On a Cantor Fitzgerald tribute page created after the 9/11 tragedy, Xavier classmate Scott King wrote, “Pete was a kind, sensitive guy as well as competitive, passionate and loyal. I lost a part of myself the day Pete died. To his family I am very sorry for your loss. I am confident, knowing Pete, he spent the rest of 9/11 standing at the gates of heaven with a football tucked under his arm, a grin on his face, while trying to get a pickup game going. God bless him and his family.”

Gelinas played football all four years at Xavier and was a captain. At the football banquet in his senior year, Gelinas won the Larry McHugh Senior Award.

He was active at Xavier in other ways, too: Homeroom rep as a freshman and sophomore, baseball as a freshman, Junior Volunteer and Junior Retreat in his third year here; and XLI Institute as a senior.

There is brick laid in a walking area at the South District Fire Station on Saybrook Road in Middletown in honor of Gelinas.