The Sandy Hook Memorial Garden at Xavier was designed and planted by the peer ministers to remember the lives lost at Sandy Hook Elementary School in Newtown on Dec. 14, 2012.

The planting of the garden was in June 2013 with C.J. Spellman ('13) joined by Director of Campus Ministry Andrea Hoisl, Athletic Director Tony Jaskot, and Director of Grounds Michael Schinas. Some earlier prep work had been done by Schinas and Brother John Sullivan.

“Because the kids who died were so young, the peer ministers wanted to do something so people would remember them forever,” said Dean of Students Nick Cerreta. “A living symbol that their lives were important and had a lasting effect on all of us.” 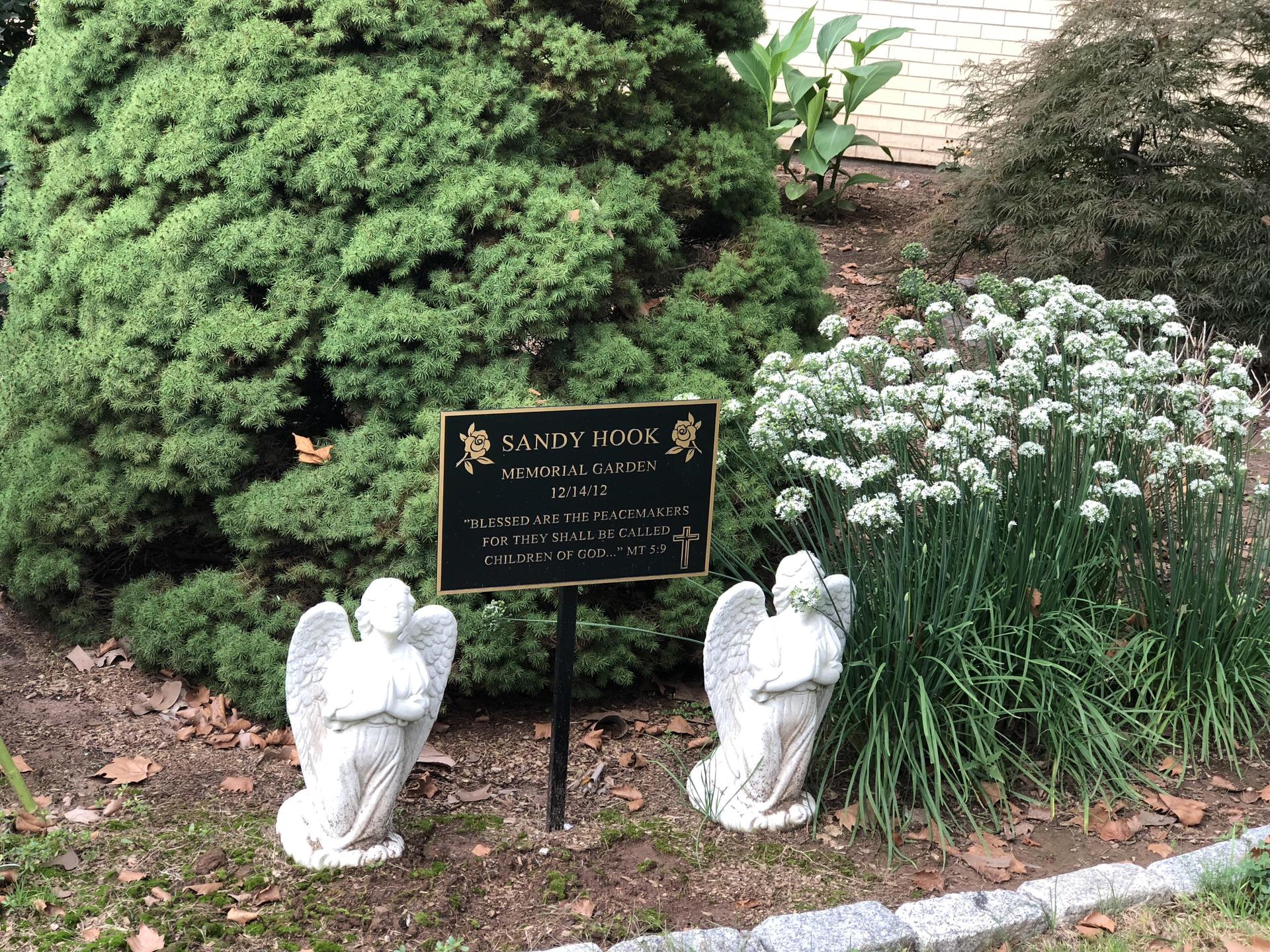 “Blessed Are The Peacemakers For They Shall Be Called Children Of God …” MT 5:9

Xavier also offered prayers, and students in the classes of English teacher Timothy Eng wrote notes of condolence to the local Newtown parish.

The garden is on the east side of the building.