At last count, Xavier had 94 state and New England titles in sports. A book could be written on the athletic program. That’s 94 chapters right there.

One of its best soccer players in history became famous in baseball as Jeff Bagwell had a Hall of Fame career with the Houston Astros. One of it basketball coaches was one of its all-time best baseball players. Rich Magner spent nine seasons in the Los Angeles Dodgers farm system and has a World Series ring. He came back here and coached baseball and basketball, another sport he played here. The baseball field is named after him. 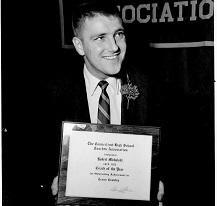 Xavier grad Sean Marinan coached the football team to three consecutive state titles and four in five years (2010, 2011, 2012, 2014). Known almost since it inception in 1963 as a football power, Xavier 's run at the start of this decade was incredible.

Michalski, left, coached here from 1967-2005. His cross country teams dominated the landscape, running away from the opposition to the tune of 17 Class championships, 10 State Open titles and five New England championships.

So there have been plenty of memorable individuals, teams, and moments. It really is no stretch to say Xavier cross country and track athletes could fill a Hall of Fame by themselves. 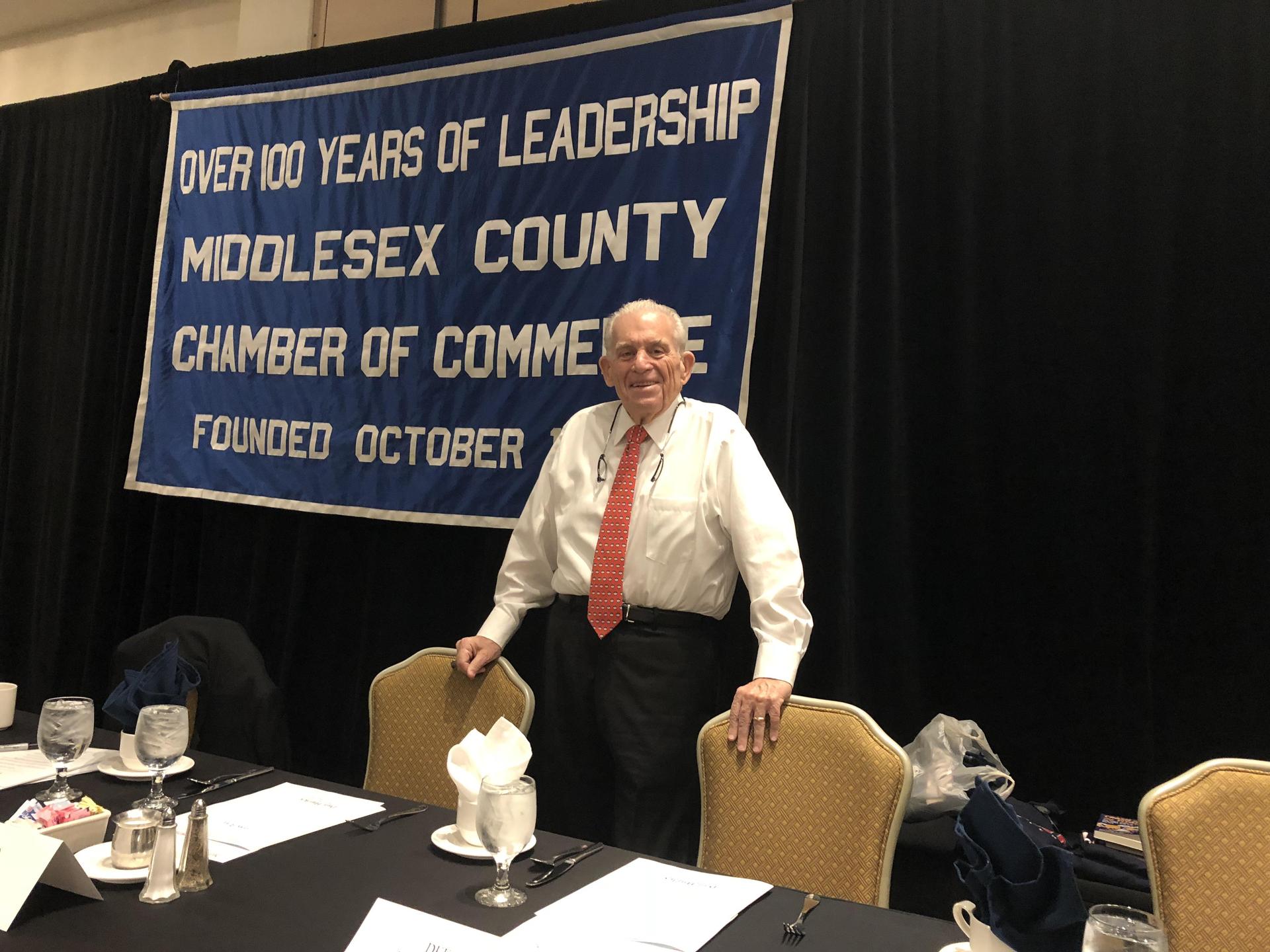 After McHugh left he was inducted into the CHSCA Hall of Fame in 1984 and a year later was given the highest honor by the Connecticut Sports Writers Association, a Gold Key.

Just as he did at Xavier, McHugh built something when he left. He is president of the Middlesex Chamber of Commerce, one of the most powerful chambers in the country. He also is a former Chairperson of the UConn Board of Directors.

The football field is now named after him and Xavier plays its home games here under the lights.

There is not a sport at Xavier that has not had its countless memorable moments and participants.

Yet, through all those names and all that history, you only need to remember two names who oversaw all that success for 56 years. 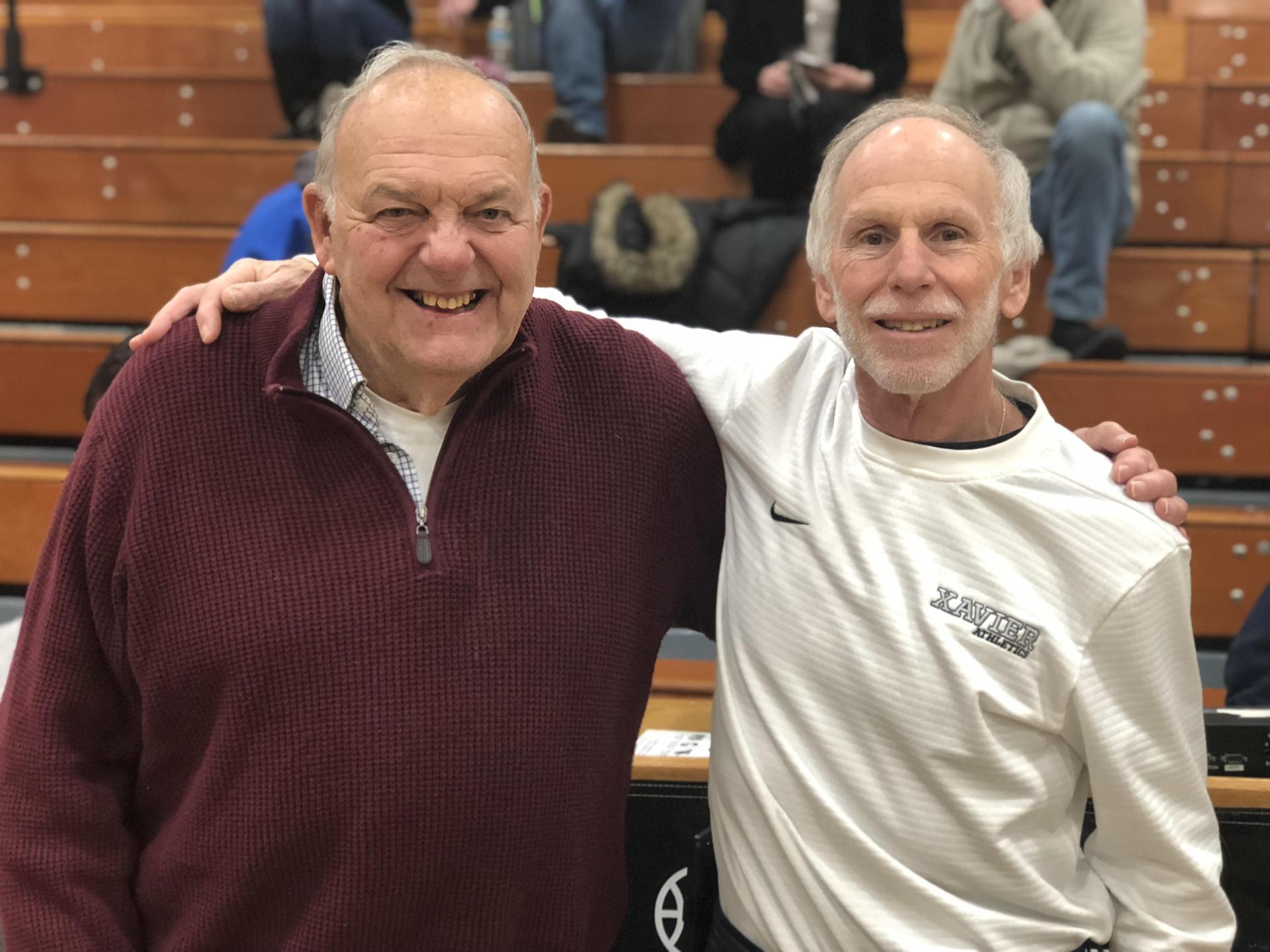 Artie Kohs was the first athletic director and Tony Jaskot, who retired at the end of the 2018-19 school year, was the second. The new athletic director is Matt Martorelli, who comes here from Northwest Catholic High School.

Kohs, at left with Jaskot, was the first hire in the school’s history. The building was not even here yet. He had his interview at St. Pius Church in Middletown. He was told he had $100,000 to start an athletic program from scratch. He also coached many of the sports, including basketball.

Camp told Kohs that he had someone teaching eighth graders in Durham who would be a good football coach, someone who had played in college, had a tryout with the New York Titans of the American Football League.

“We met and hit it off,” remembers Kohs about McHugh.

Now, all these years later, the football field is named after McHugh and the basketball gym after Kohs.

Kohs retired in 1997. A dinner was held for him in the school gym, the gym in which he had led Xavier to so many basketball wins. That night it was revealed that the gym would be named after him, the plaque now on a wall outside the gym. This summer the Arthur M. Kohs Gymnasium will be refurbished.

Jaskot took over for Kohs as athletic director. He had been on the staff for years. Jaskot was the first star quarterback at the school and went on to play at Southern Connecticut. He came back to Xavier and was on McHugh’s staff and then took over for McHugh when McHugh left Xavier.

Kohs said he remembers telling the principal to get Jaskot in here after he had graduated from Southern. He’ll do anything, Kohs said. And now Jaskot has done anything and everything here. 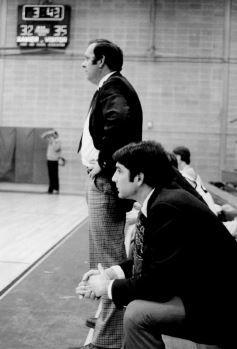 Magner, on the bench in photo at right, took over for Kohs as basketball coach in 1979 after Magner's baseball playing days ended. He coached the team for 21 years. He also coached the baseball team from 1995-2014. Magner retired as Director of Guidance after the 2019-2020 school year.

“He forgot more about baseball than anyone in Middletown ever knew,” Kohs said of Magner.

When the baseball field was named after Magner, Mike DiMauro in the New London Day wrote: "Magner played Triple-A baseball for the Dodgers and managed in the Cape Cod League. He could be a Major League manager by now, what with his encyclopedic comprehension of the game. And yet his enduring lesson to me: Life doesn't always reward you, even if you are qualified. So find something, be good at it and be happy. Magner came home to teach, coach and raise a family. And show thousands of kids a light for the way."

If there were a Mount Rushmore of Xavier, we’d have to start by carving out five faces: Kohs, McHugh, Michalski, Jaskot, Magner.