The Xavier Mission: Then & Now 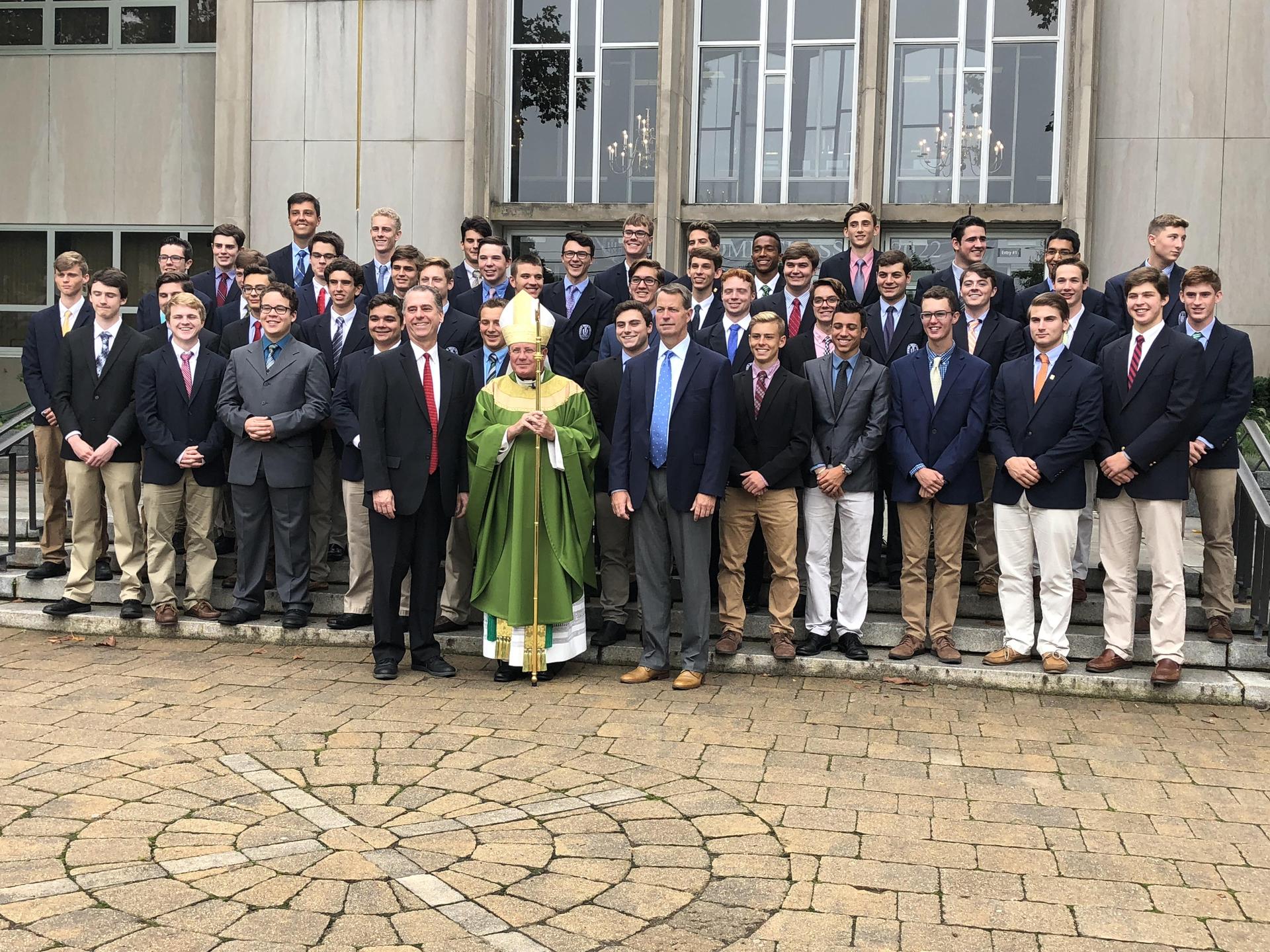 Times have changed, and we are 56 years removed from the first handbook, but the mission remains much the same: develop spirit, mind, body.

Xavier holds that the primary function of education is the formation in each pupil of a Christian character. The Xavier man must be imbued with the teaching and principles of Christ. His mind must be trained to think and judge according to these principles, and his will disciplined to act as the mind directs. He must be fashioned into “the supernatural man who thinks, judges, and acts constantly and consistently in accordance with right reason illuminated by the supernatural light of the teaching and example of Christ.” [Encyclical On Christian Education]

In the pursuit of this aim, Xavier provides its students with the opportunity to develop physically by participation in a carefully supervised program of sports and other recreational activities; to grow intellectually by the pursuit of a well-balanced course of studies; and to mature spiritually by living the sacramental life of the church. In so far as possible, provision is made for individual culture, intellectual and spiritual needs.

Xavier ranks high among the duties that of inculcating the civic virtues and attitudes appropriate for a citizen of the American democracy. It aims to make each pupil aware of both the privileges and responsibilities of citizenship and to prepare him for intelligent participation in civic life.

A portion of the mission: Within the Catholic tradition and within the context of a Christian community, Xavier seeks to educate the whole man – spirit, mind and boy. Through academic, religious, service, athletic and extracurricular programs, the school endeavors to form a man who is academically competent, spiritually alive and physically sound. By providing a community centered on Judeo-Christian values, the school seeks to support the student in his growth as a human being and to instill in him a sense of responsibility for the gifts which are his.

St. Iraneus wrote: “The glory of God is the human being fully alive.” At graduation, then, the Xavier man should be intellectually prepared to undertake collegiate studies or to enter the work force, to make mature choices and to take responsibility for his life and his gifts; and to have an understanding of Christian values and the obligations to his fellow human beings which these values entail.”