The Xavier Dedications: School Does Not Stand Still

Xavier has never stood still. Times change, Xavier reacts. A few of the major projects in its history illustrates that. 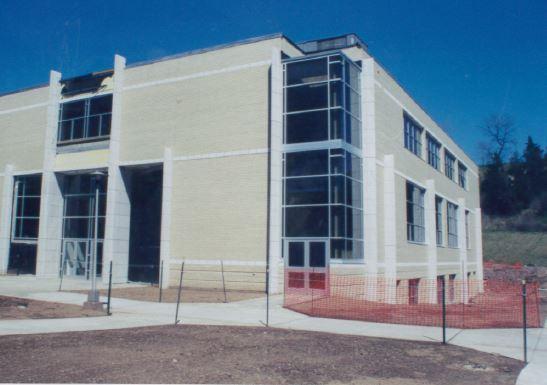 It was the start of a busy weekend that included a dedication dance on Saturday and a memorial Mass on Sunday for deceased members of the Xavier community, a brunch and tours of St. Joseph Hall.

Thus a $3.7 million building project was brought to closure with the dedication. Harriman Associates was the architect and Newfield Construction was the general contractor.

From one of the programs designed for the weekend:

“In St. Joseph Hall, we have expanded the facilities of Xavier and broadened our capacity to enlighten the young men of Xavier. With the completion of this addition, we have added modern science laboratory facilities and provided much needed space for our fine arts programs. We have also upgraded and modified several classrooms throughout the school as well as our athletic facilities.

“None of this would have been possible without the generosity of so many members of the Xavier community – parents, alumni, friend, faculty and staff, corporate sponsors, the Xaverian Brothers, and the Diocese of Norwich. With everyone pulling together we have made dreams come true and allowed the Xavier tradition to continue.”

The dedication ceremony on Oct. 8 was outside the building with the blessing of the hall by the Most Rev. Daniel A. Hart, Bishop of Norwich. A Mass then followed inside the Kohs Gymnasium.

There actually had been a ribbon cutting ceremony March 18, 1999, which was a year to the day that ground was broken on the project. The official dedication, though, was in the fall.

Dedication of the Donna and Gianfranco Galluzzo Media Technology Center

In a Fall 2000 newsletter to the Xavier community, called CrossRoads, Bro. William Ciganek, the principal of the school, wrote of the need to finish the new media technology center. 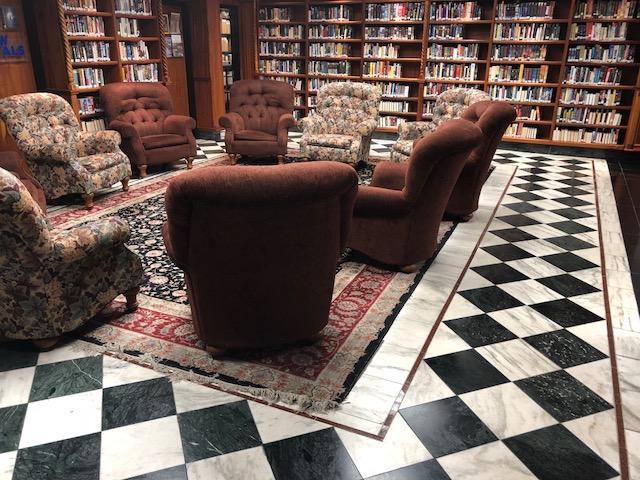 The appeal was headlined “We’ve built St. Joseph Hall, now let’s finish it.” Bro. William noted that “the future is going to have a lot to do with computers. It also seems to me the future has arrived. … This is why we are putting such a focus on raising the $300,000 to finish our media technology center this year. The center will be one more link in the chain of essential tools our students need to succeed in college, finally passing on to, and developing, careers with a future.”

The center was dedicated Nov. 10, 2001 with the Most Reverend Bishop Daniel A. Hart presiding. Bro. William gave the opening remarks and thanked Galluzzo, Class of 1970, for whom the center is named. “We owe the Galluzzo family much gratitude or their countless hours of time and their generosity.”

At the time of the dedication the Galluzzo Center had over 13,000 volumes and 65 periodicals for student and faculty use as well as 24 news PCs.

In a story in the Four County Catholic, Bro. Williams said, “Frank’s gift is unique because it includes his vision of design, the coordination of the construction and the cutting and placing of the marble floor which he did himself. This is truly a labor of love.”

The center also has handcrafted wood, marble and stone.

The $8.5 million “Sustaining Excellence Campaign” resulted in the building of Theodore James Ryken Hall and the athletic complex. 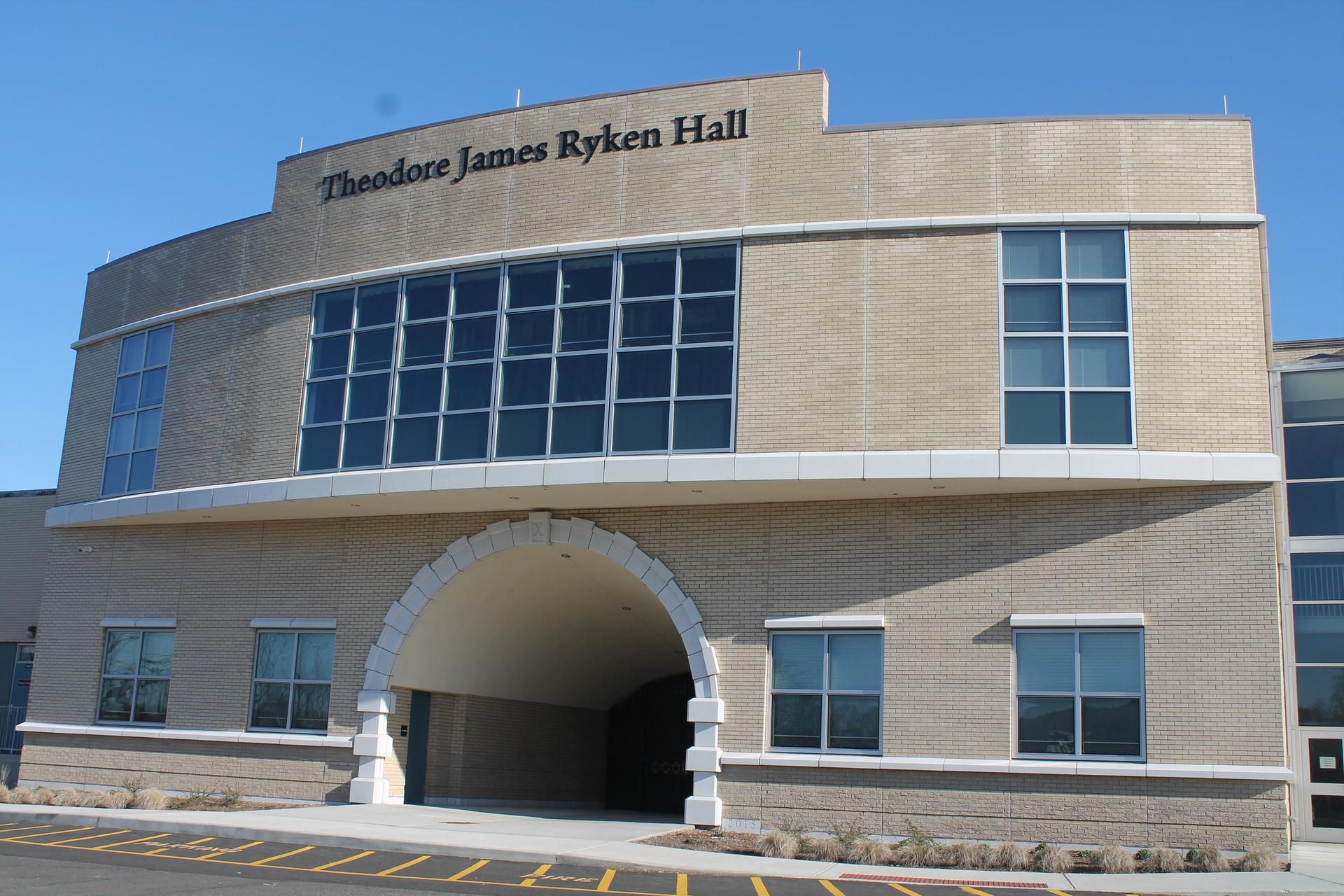 Ryken Hall is home to the music suite and fine arts classrooms. The athletic complex upgrade consisted of a new turf field, named after the school’s first football coach, Larry McHugh; a new track named after legendary track and cross country coach Robert Michalski; and a new baseball facility named after current guidance director and former baseball player and coach Rich Magner. There also is a courtyard with an archway leading from the building to the back parking lot and athletic complex.

The Bishop blessed the building, five crucifixes for the building and a portrait of Ryken, as well as the athletic complex.

“May these crucifixes be a sign of welcome for all who enter, study and minister here,” Bishop Cote said in part when blessing the crucifixes.

Father David Choquette, Class of 1990, was the Master of Ceremonies. 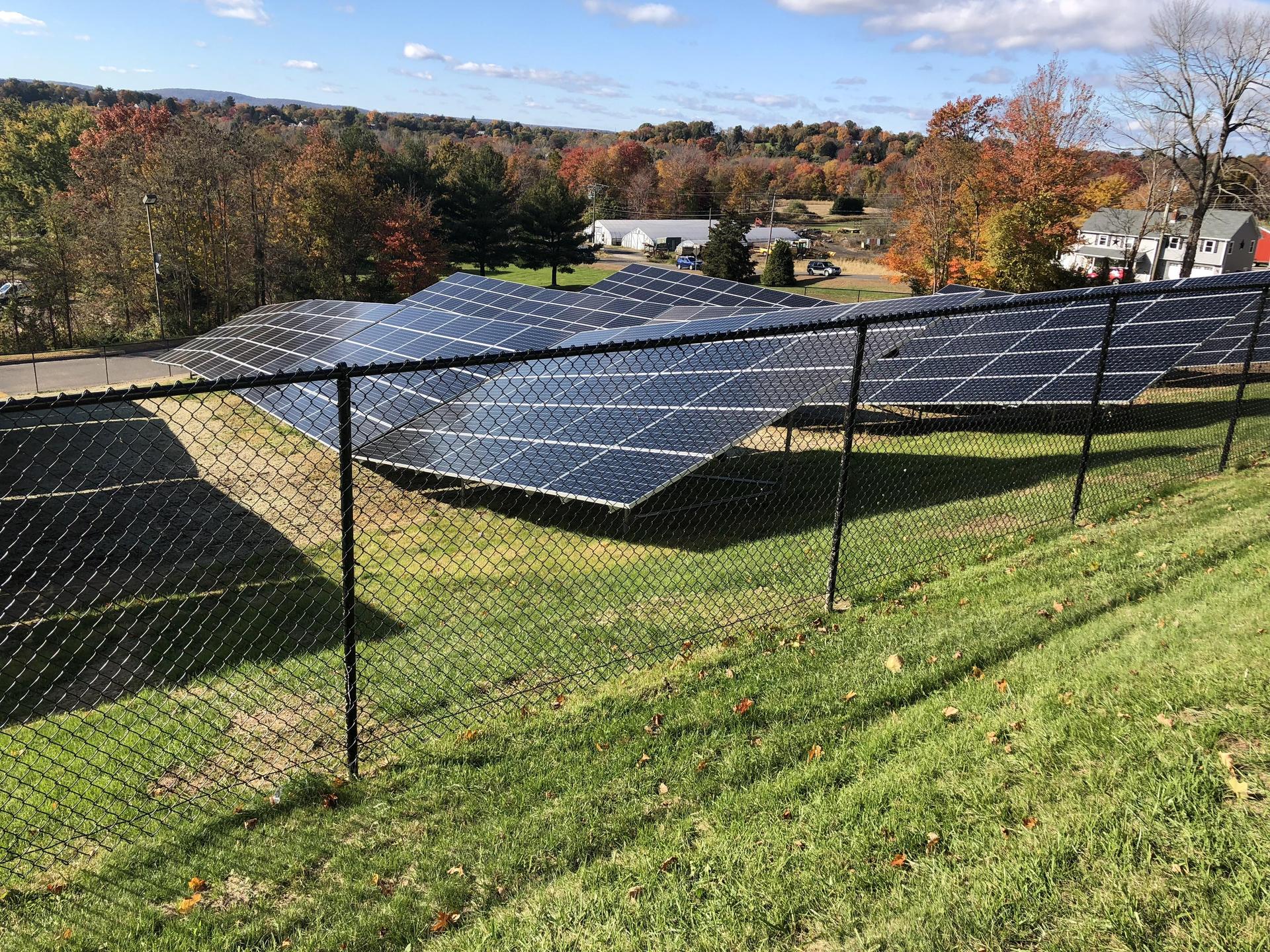 The year 2018 marked a Xavier transformation when it comes to its environmental impact. The first step came when about 3,000 light bulbs and fixtures converted to LED lights.

Then came the solar project; there are 1,290 solar panels on the roof of the building and on the west side of the school.

Xavier, under the direction of Headmaster Dave Eustis, will become the first Catholic school in the state to become 100 percent solar-powered. The system is expected to produce 620,000 kilowatt hours of power annually. Xavier had averaged using 671,000 kilowatt hours, but the remainder will be offset by the LED lights.